When the lost are found, don't forget to party!

In Luke 15, the author recounts an instance in Jesus’ ministry when the religious leaders grumbled at the way Jesus received the “tax collectors and sinners”. In response, Jesus tells three parables that illustrate the state of those lost in sin, the heart of Jesus and his Father for the lost, and their work to redeem the lost. While Tim Keller has written extensively and compellingly on the parable of the prodigal son, I find the common themes between the three stories equally stunning.

1. The Lost - The cumulative nature of the things lost in Jesus’ three parables are powerfully parallel to the state of fallen humanity lost in sin. Like the sheep, we are wandering and weak. Like the coin we are lifeless and in the dark. Like the son, we are rebellious and running recklessly headlong into sin. 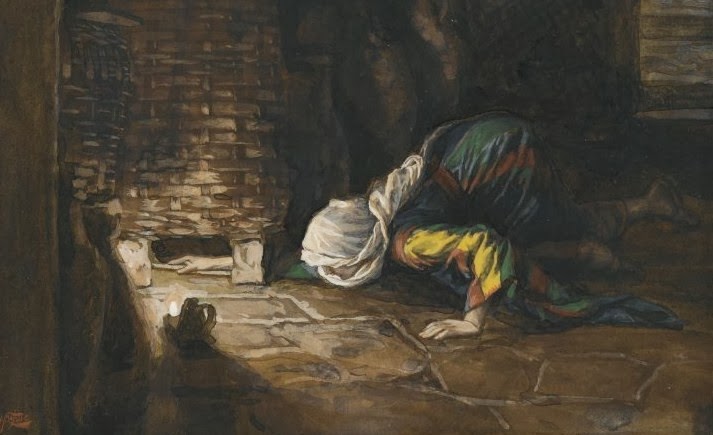 2. The Redemption - Likewise, the nature of the one seeking the lost in each parable gives us a rich picture of God the Father. Like the shepherd, God comes after the ones that are lost and does not rest until they are found. Like the woman, God comes with light into our darkness and sweeps the corners of creation to find us. And like the father of the prodigal, God rejects our attempts at earning back his favor and our self-justification, and instead embraces and kisses us before we have done anything whatsoever to merit it.

3. The Rejoicing - I find it curious that the one explicit point of the three parables that Jesus actually takes time away from his storytelling to highlight (vv. 7, 10) is the one point that often gets lost in our retelling of them. Jesus is telling these to show the joy in heaven “over one sinner who repents”. And, given the bookends of the chapter starting with grumbling Pharisees and ending with a grumbling brother, Jesus’ implicit second point is how unlike the Father these disgruntled groups (and we?) are being.

Implications For Life and Ministry - Working backwards, we should rejoice at the lost being found as the Father rejoices. It’s so easy to get comfortable in a sanitized, church-y bubble, that the first tax collector or sinner to walk in the doors could be seen as an offense, not an opportunity. Celebrate when people get saved. Throw parties! Try your hardest to match the riotous rejoicing going on in heaven with your own celebrations down here.

We should also seek like the Father seeks, going after the lost, bringing light into darkness, and embracing those who have rebelled. This means the true threat isn't that of sinners upon our sanitized, church-y bubble, but instead, our bubble is actually a threat to the Father’s true mission of reaching those very sinners! It needs to be popped. This obviously requires some wisdom, especially for those prone to join the prodigal in his rebellion. This is why we are on mission as a church, as a body, not individuals. No Christian is Jack Bauer, a solo agent who work better alone. Mission is the call of the body, and we can only fulfill the mission with the body and Christ as our head.
Posted by Jared Totten at 11:25 AM