Lee asked me to write a couple posts in a response to a question we got from someone at Redeemer. The questions were simple enough: "What makes Christianity right and all the other religions wrong?" and "Why Jesus?". The answers are a little harder than the questions (which is usually the case). But I thought I would share something from my blog that I think is a helpful precursor to these questions: 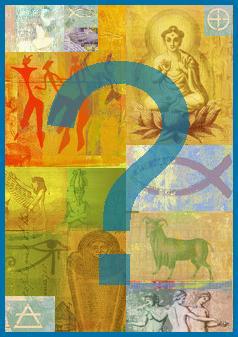 2. Salvation in this system is free. There might be glimmers of grace in Hinduism and Buddhism, but every other major world religion is about doing stuff that is going to please some deity. Only Christianity turns the popular view of religion as moral conformity on its head and offers a relationship with God that is not based on our moral performance.

3. Christianity paints a picture of the world that matches reality. Of course, this is a huge claim that cannot possibly be tested in all its applications. However, we can begin to test this thesis using one of the more popular arguments against the existence of God, the problem of evil. Specifically, one should look at the way that different worldviews handle the issues of evil, pain and suffering. Most eastern religions portray evil, pain and suffering as "illusion" that you need to overcome and transcend. Christianity takes evil, pain, and suffering seriously. Christianity says not only is evil, pain, and suffering real but God takes it so seriously that he gets down with the the sufferer in their pain to bear them up. Jesus, of course, is the ultimate picture of this.

4. Christianity allows you to live a holistic life. In Christianity, we get to use our minds in our worship, we get to think about God. We use our minds to worship God, we are to reason and it's supposed to make sense. You worship God with the same mind that you approach every other aspect of your life, you don't need to compartmentalize. In eastern traditions (those religions that most often make the claim of being holistic), your reason might actually be an impediment in your religious progress.

5. Christianity has Jesus at the center. Jesus is the universal religious figure that every major religion wants to co-opt. If you're a Buddhist, you might claim that Jesus is an incarnation of the Buddha or at least an enlightened teacher. If you're Hindu, you might believe that Jesus is an avatar of Vishnu. If you're in Islam, if you read the Koran, Jesus emerges as a figure greater than Mohammad himself. If you're on a religious quest, it makes sense to start with the religion that centers around the greatest universal religious figure in human history.

This was a presentation developed by Craig Hazen as presented on one of my favorite weekly podcasts, Stand To Reason, hosted by Greg Koukl. This was a cross-post from the Christians In Context blog originally published in Sept. 2010.
Posted by Jared Totten at 5:30 AM