Old Testament Challenge 2: Joshua's use of Near Eastern war langauge 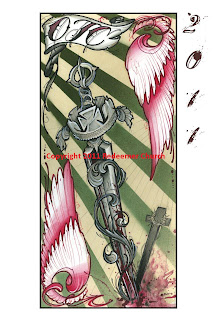 "He put the city and its king to the sword and totally destroyed everyone in it. He left no survivors." 28

"The city and everyone in it Joshua put to the sword. He left no survivors there." 30

"The city and everyone in it he put to the sword, just as he had done to Libnah." 32

"Joshua defeated him and his army--until no survivors were left." 33

"They captured it that same day and put it to the sword and totally destroyed everyone in it." 35

You get the idea. Everyone. No survivors. But at least some biblical scholars have suggested that Joshua was using a sort of Near Eastern war rhetoric that was common in that time period and would have been understood as such by his readers. This war language used exaggeration to describe military victories in ultimate terms. In other words, everyone didn't necessarily mean everyone.

Paul Copan puts it this way: "Some might accuse Joshua of being misleading or getting it wrong. Not at all. He was speaking the language that everyone in his day would have understood. Rather than trying to deceive, Joshua was just saying he had fairly well trounced the enemy...The language is typically exaggerated and full of bravado, depicting total devastation. The knowing ancient Near Eastern reader recognized this as hyperbole." (Is God a Moral Monster?, 171)

We use this sort of language every day today when we talk about our sports teams: "Yeah, we crushed them!" (In reality, the score could have been close).

In fact, we find the same tension in God's original commands to Moses. In Deuteronomy 7:2-5, He commands them to "defeat" and "utterly destroy" the Canaanites, and then immediately tells them not to intermarry with their sons and daughters. As Copan points out, if the Canaanites were to be completely obliterated, why this discussion about intermarriage or treaties?

Or consider Deuteronomy 12:30 (ESV): "After they have been destroyed before you, be careful not to be ensnared by inquiring about their gods, saying, 'How do these nations serve their gods? We will do the same.'" With whom exactly are they making their inquiry if everyone has been destroyed?

So what's the point? God was more concerned with the utter destruction of the Canaanite religion than the Canaanite people. This is why virtually every command from God to destroy the Canaanites is followed by a warning about falling into idolatrous worship if they fail to follow God's commands.
Posted by Jared Totten at 9:28 PM